The Hanseatic city of Stralsund has been a UNESCO World Heritage Site since 2002. It is a major tourist center and accordingly very crowded. When we finally got a seat, no waitress is coming to serve us  and the same happens in the second restaurant. But actually it’s our own fault, why do we want to eat at the market square? 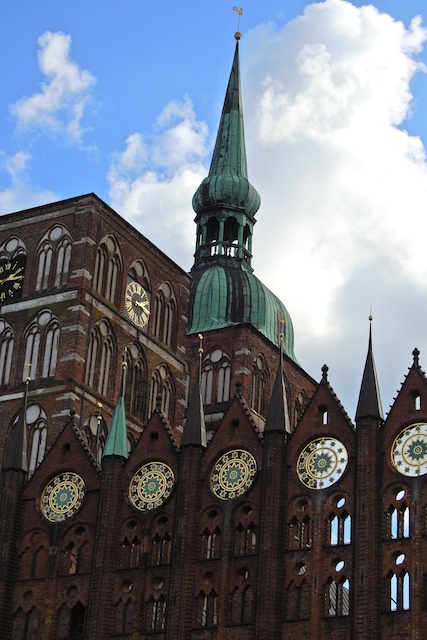 Our chances are better in the harbor. With friendly service and a view of the Gorch Fock, we sit protected in the sun.

The Heilgeisthospital zu Stralsund is a listed building ensemble of the Hanseatic city of Stralsund.

The new building of the hospital was built between 1325 and 1329, and consisted of a poor house, small half-timbered stalls and the church corridor attached to the church, which is still preserved today. 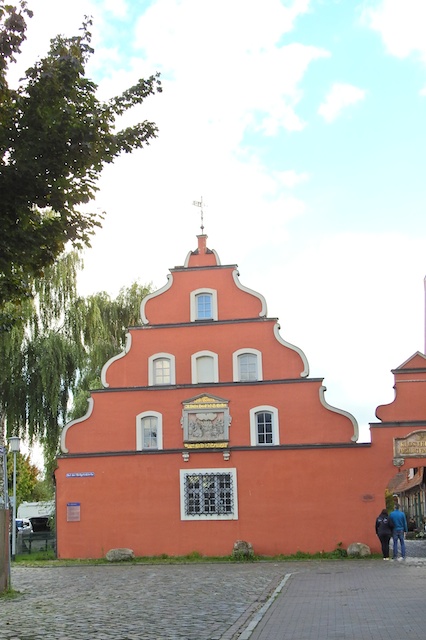 It is formed by two parallel two-storey longhouses, which were added to the church around 1645 and were used to accommodate the sick, those in need of care and the elderly. 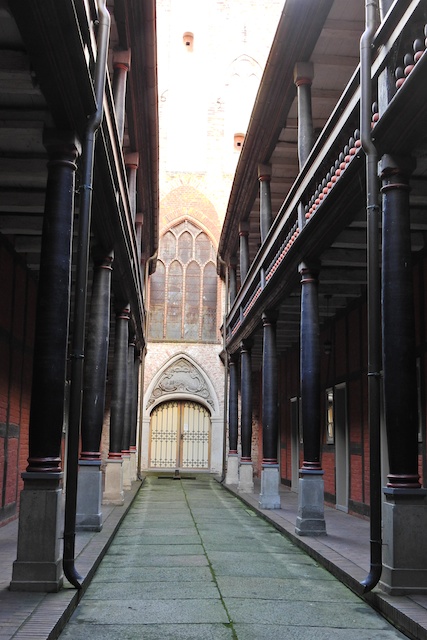 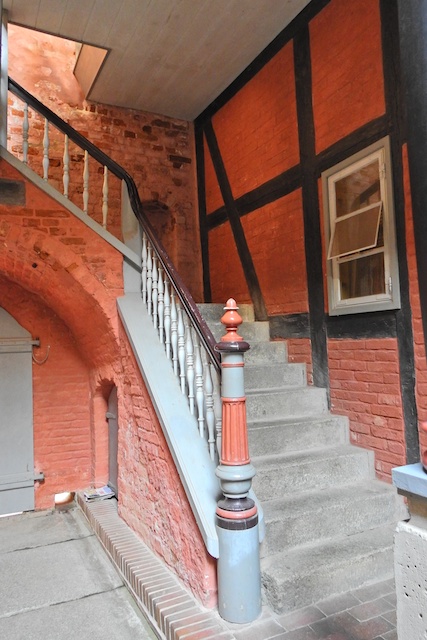 It was the largest charity in town. The complex never served as a monastery in the strict sense of the word; it was always a communal institution. By paying a small financial contribution, you acquired the right to live in one of the small cells in old age. Even today the houses and apartments are secularly rented and inhabited by individuals or families. 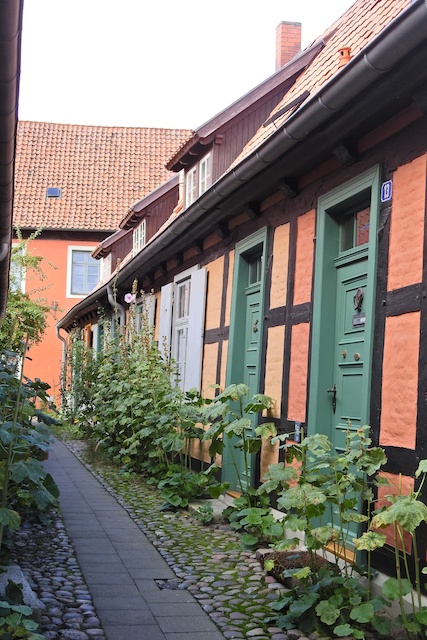 The gallery in the church aisle was probably the model for the portico of the town hall.