Our decision to continue on the highway was not the smartest one. First, there are many detours and second, within the villages, the pavement is cobblestone …

In Dessau there is a nice parking space at the airfield with a view of the landing strip.

There is a “Bauhaus cycling tour”. The northernmost point of the tour is the granary (Kornspeicher). When you reach the bank of the river Mulde you can see a concrete block far away on the other side. The restaurant “Zum Kornspeicher”, a former fancy HO restaurant of the GDR, is located on our bank. There was dancing on the terrace, the band played under the red mushroom under which we are sitting. 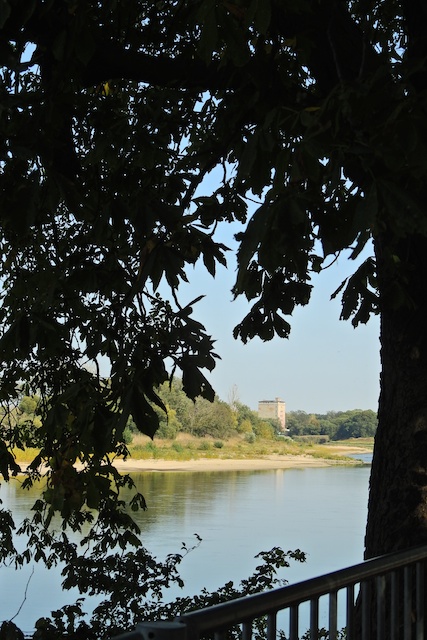 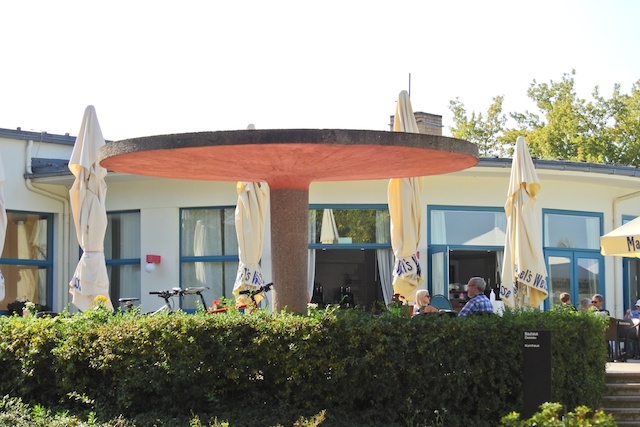 On the further way we pass the “Meisterhäuser”. They were built in 1925/1926 by Walter Gropius as accommodation for the masters of the Bauhaus. At the same time, they were model houses for modern living. The building owner was the city of Dessau, the Bauhaus masters lived for rent. 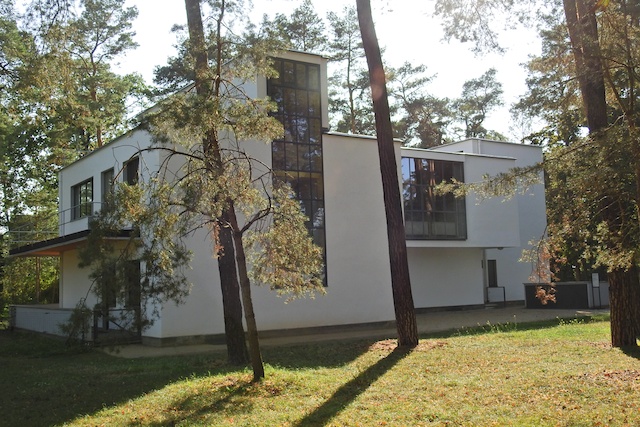 The Bauhaus Museum Dessau was opened on the occasion of the 100th anniversary of the Bauhaus on September 8, 2019. 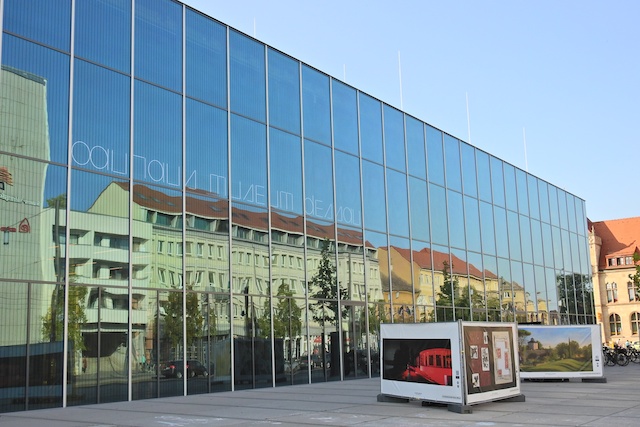 The Bauhaus Dessau, also Bauhaus Building Dessau, is a building complex in Dessau-Roßlau. It was built according to plans by Walter Gropius 1925/1926 as a school building for the Bauhaus Art, Design and Architecture School. The building itself and the nearby masters’ houses established the Bauhaus’s reputation as an “icon of modernity. 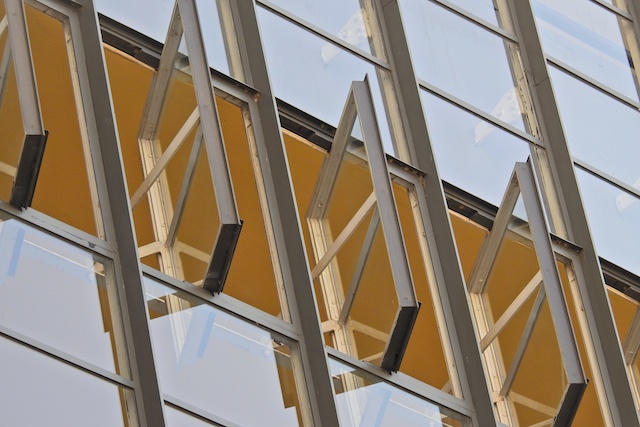 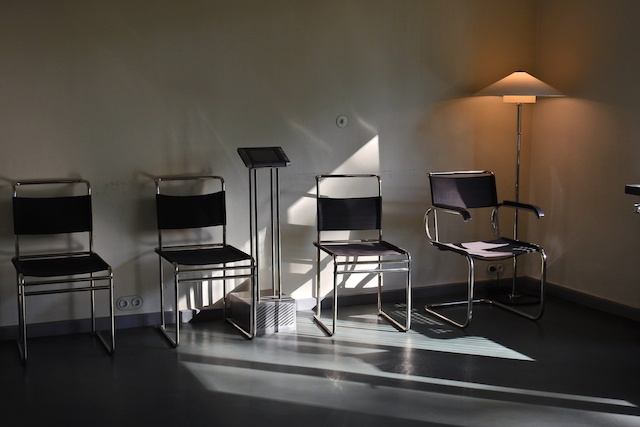 Furthermore, a settlement with a total of 314 townhouses was built in Törten/Dessau-Süd in 1926/1928. The settlement should also be an example of how the rampant housing shortage during the Weimar Republic could be combated. The living space of the houses was very small at 57 to 75 m². At the same time, each house had a spacious garden of 350 to 400 m², which was intended to be used for self-sufficiency.