We drive from Wallachia back north to Siebenburgen/Transylvania along the river Olt where we have recently stayed further down the river towards the Danube. There is enough water. Every few kilometers there is a hydroelectric power station. 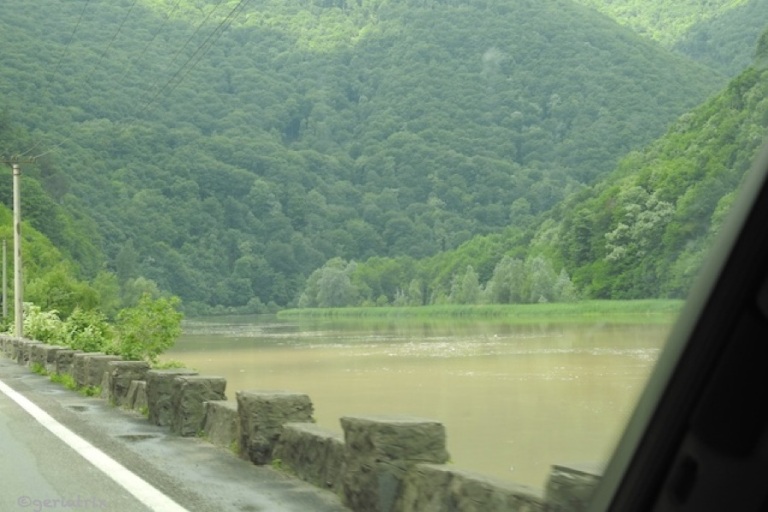 Transylvania also means “land behind the woods”. The name of the region is probably based on the initially seven settlements of the Germans. In the last few centuries, settlers from Germany moved here again and again to tap the land in return for numerous privileges.

On time, when Sibiu (Hermannstadt) comes into view, the sky turns black and the daily thunderstorm hits us with heavy rain. Fortunately, it does not take too long and we can start from the parking lot close to the city center to visit the old town. Sibiu was the European Capital of Culture in 2007. This is already a while ago but many houses have been restored. 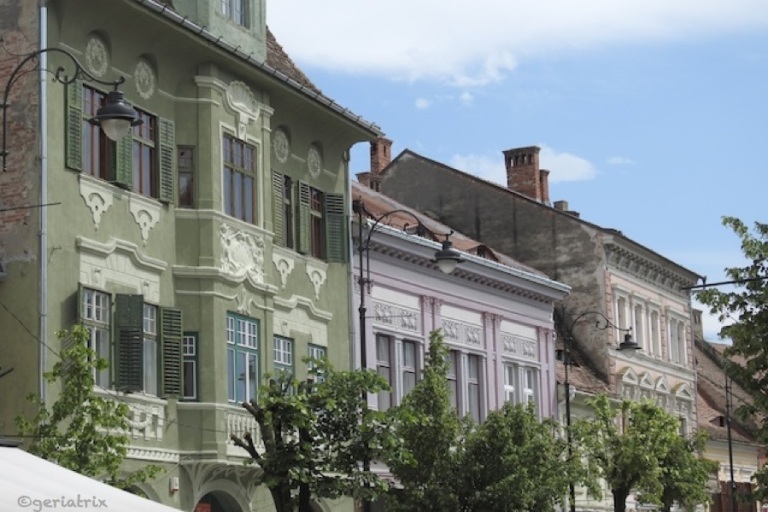 The center of the city is the big main square. Among the famous buildings that characterize it is, first and foremost, the Brukenthal Palace, one of the most important Baroque buildings in the country. 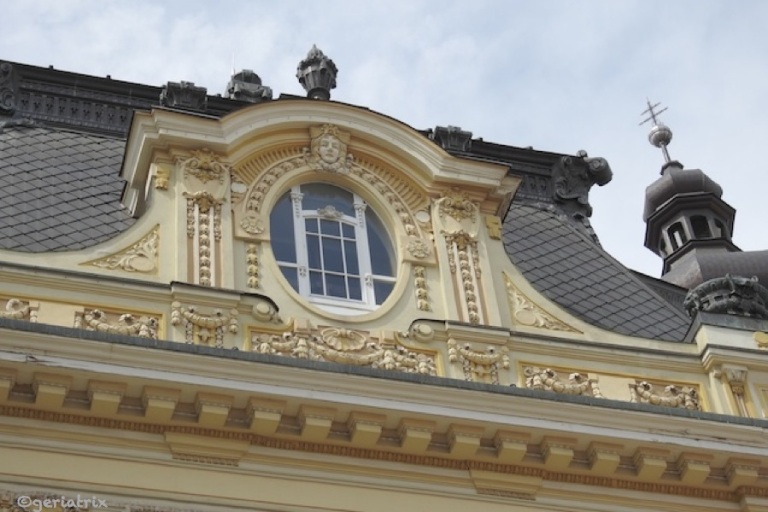 The Old Town Hall was the seat of the city administration for 450 years. Today the tower is the landmark of the city.

The Catholic Trinity Church even has heated footstools! 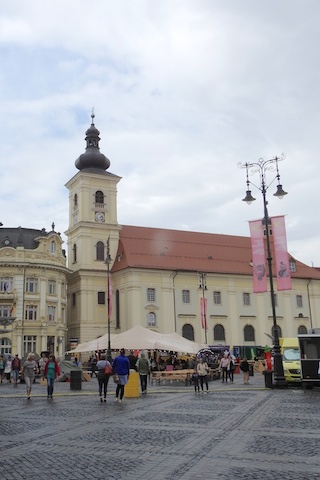 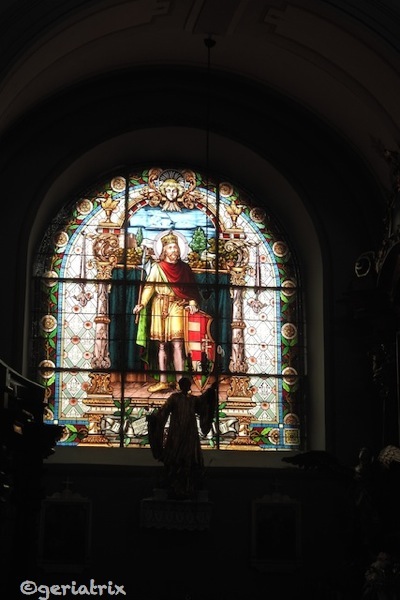 Many legends entwine around the bridge of lies. One of them says that the bridge was often crossed by traders who betrayed the locals. If such a dealer was caught, he was thrown from the bridge.

One thought on “Sibiu – Hermannstadt in Transylvania”