The Iron Gate is a breakthrough valley on the Danube. It lies in the southern Carpathians, more precisely between the Serbian Carpathians and the Banat Mountains, on the border of Serbia and Romania. Until its defusing in 1972 in connection with the power station Iron Gate 1, it was considered the most dangerous river section for shipping of the Danube, which could not be passed without local pilots. For decades, the ships were floated upstream with locomotives (Wikipedia). 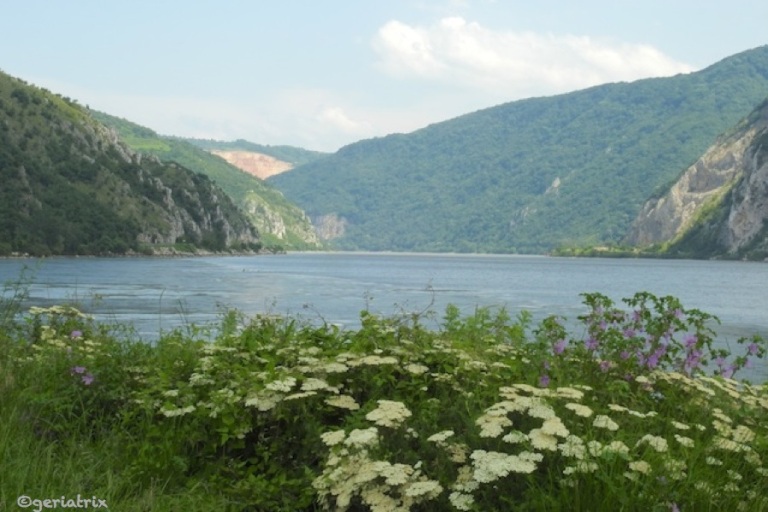 At the entrance to the passage lies the fortress Golubac on the Serbian side. 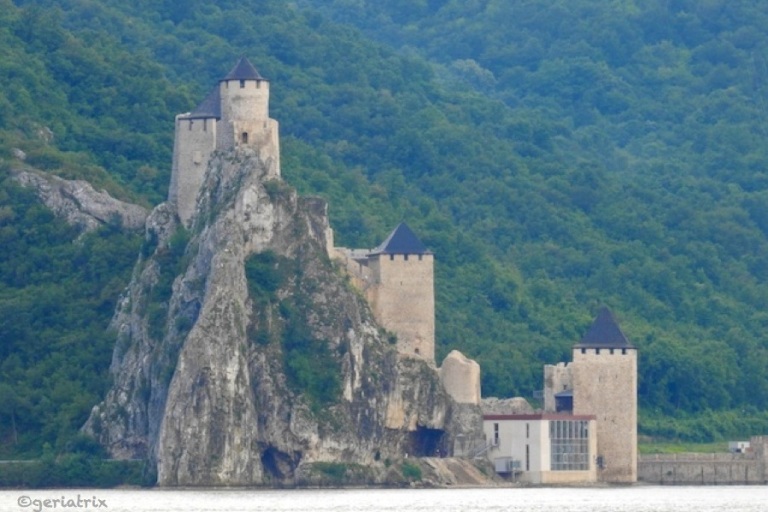 We decide on the Romanian side. The power plant on the other end makes the Danube look like a huge reservoir. The river seeks its way through steep and towering cliffs. The riverbed is uneven and rocky. The construction of the dam overflowed 17 villages and forced 25,000 people to leave their home villages. 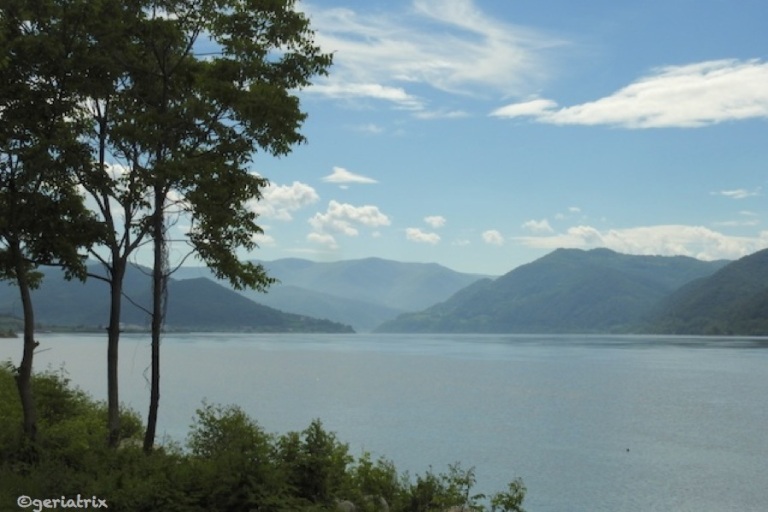 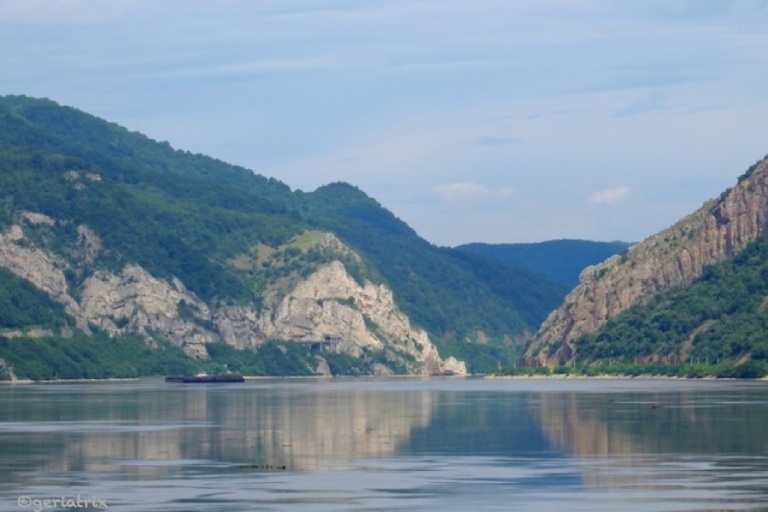 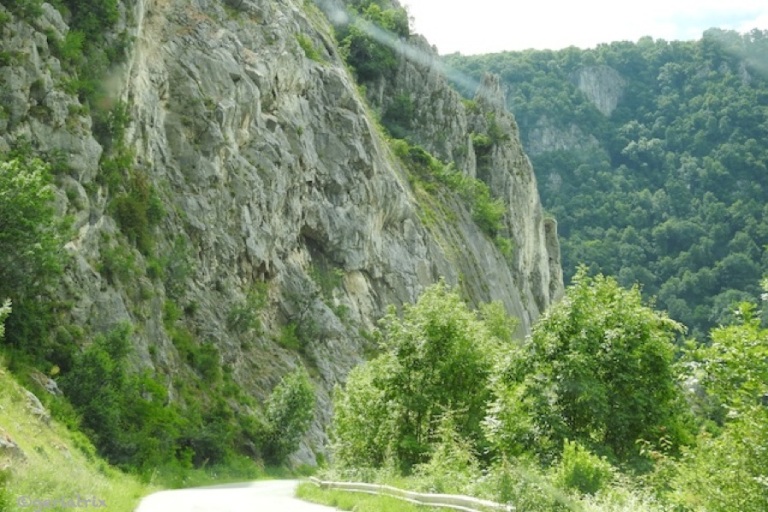 It used to be a signal station at the narrowest and most dangerous place, the actual “Iron Gate”. Today a small Orthodox church is on the same spot but 35m higher.

In 106, the last king of Dacia named Decebal was defeated by the Romans. Today he looks grimly from above on the Danube. Folksongs still tell about Decebal until today. 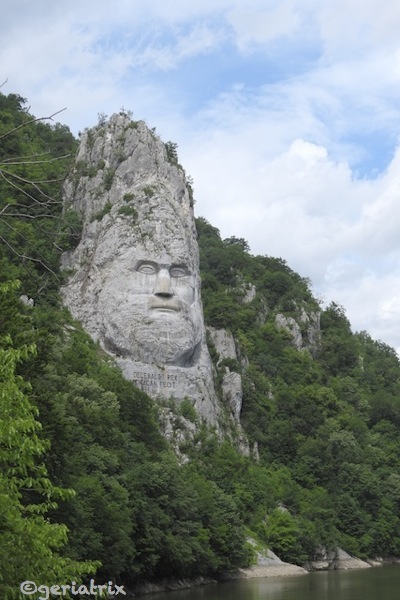 Large push convoys with up to six barges pass through this bottleneck of the river. 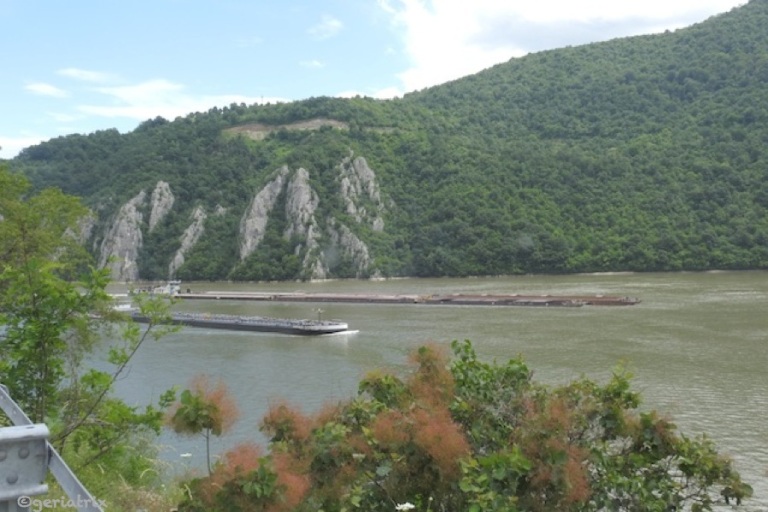 The gigantic power plant Derdap 1 (Iron Gate 1) with its 55m high dam is the fifth largest in the world. The two locks are each 310m long and 34m wide. They lift and lower the ships by a total of 34 meters.

One thought on “The Iron Gate of the Danube”