After so many people and city walls we need nature. The Erzgebirge is a low mountain range between Saxony and Bohemia. Just north of the ridge line runs the border between Germany and the Czech Republic. On the roof of the Erzgebirge we enjoy a wonderful view and have a great place to stay overnight. 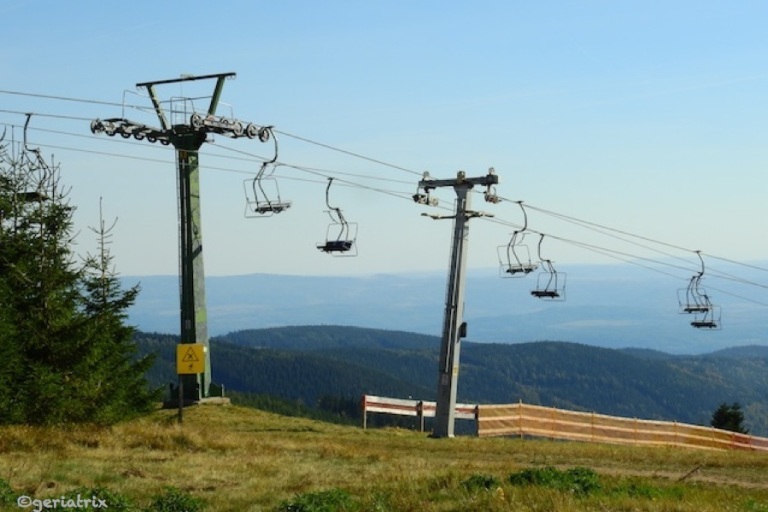 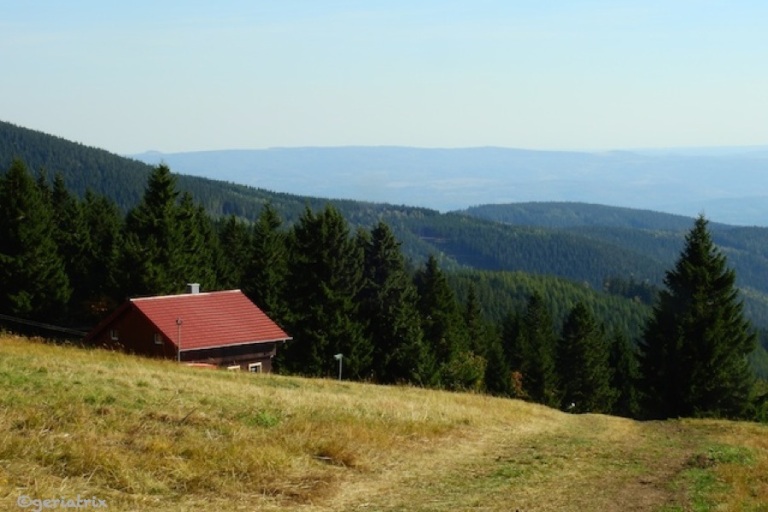 In the morning we drive to the highest point, the Keilberg (1244m), where today stands a television tower next to the old observation tower. The Kaiser-Franz-Joseph Tower was inaugurated in 1869. Later a mountain hotel was added. Unfortunately, it has been closed for decades and is decaying more and more. 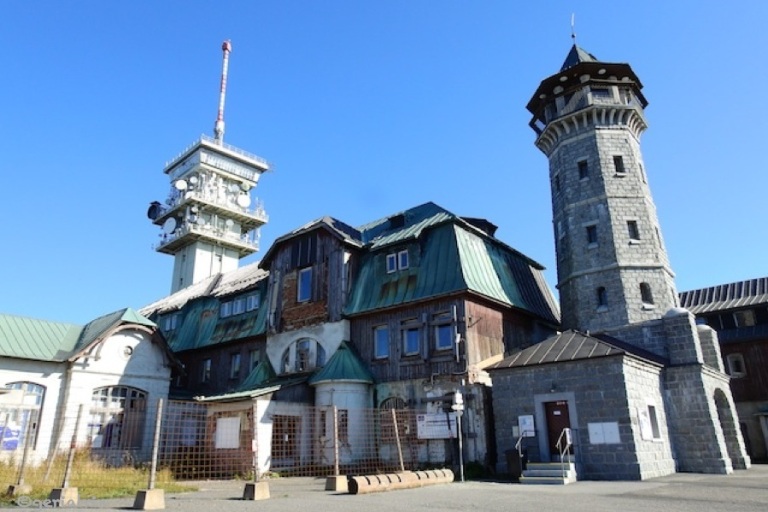 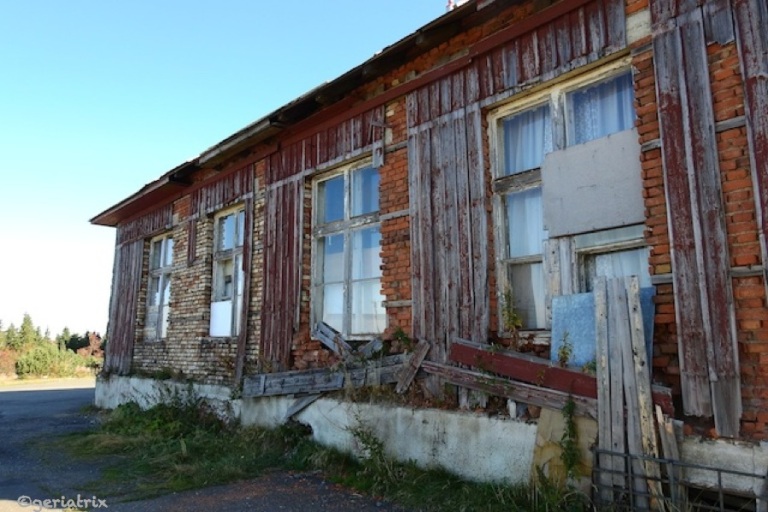 The ski region Klinovec (Keilberg) extends to Oberwiesenthal in Germany. 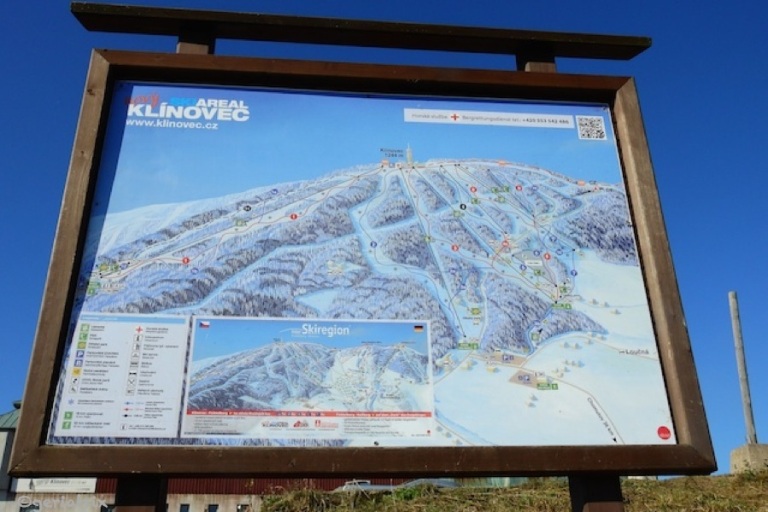 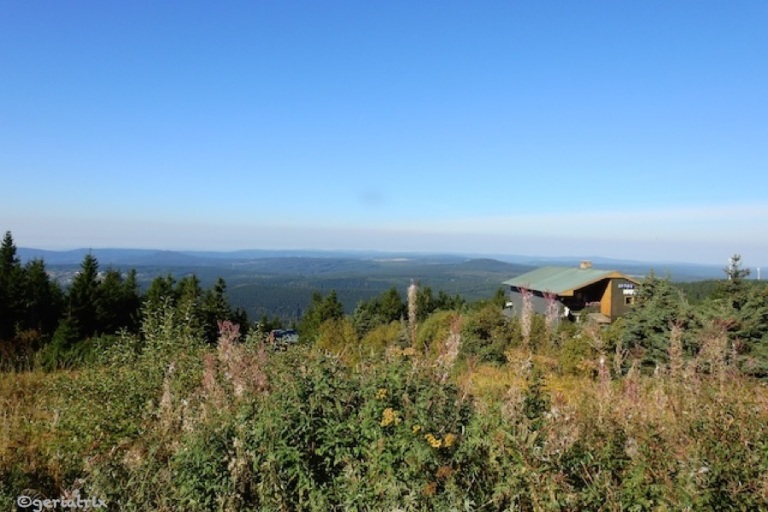 On our journey along the mountain ridge of the Erzgebirge we can look left to Germany and to the right we look down into Czech mines with many smoking chimneys and power plants. 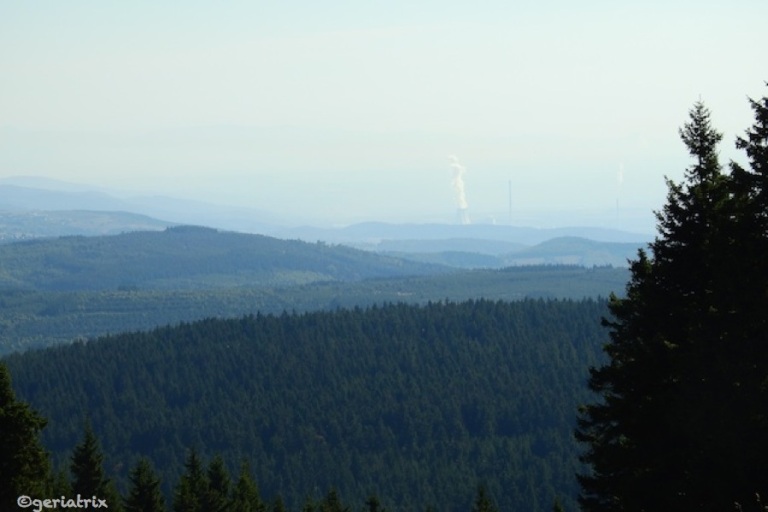 In between hides the nice town Kadan. Striking is the Gothic town hall with the white hexagonal tower (built around 1400). 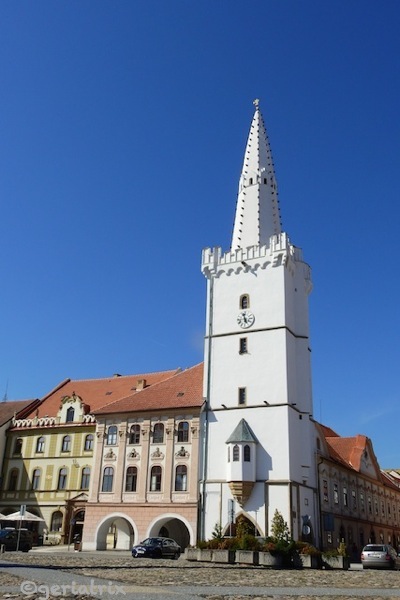 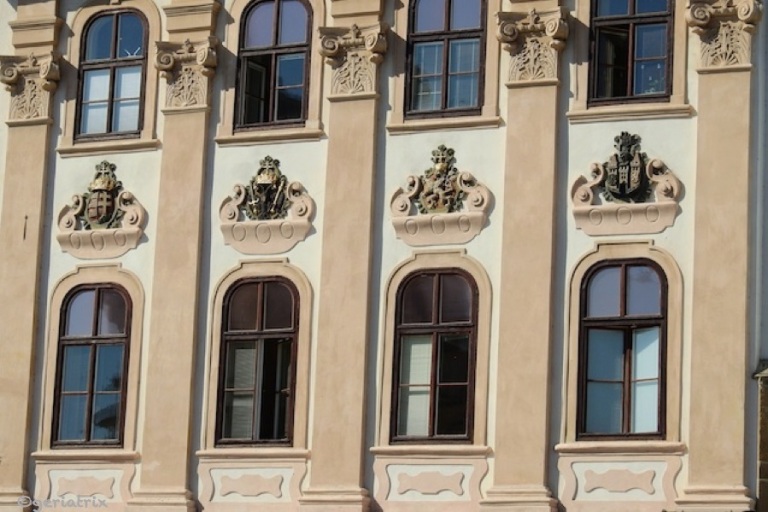 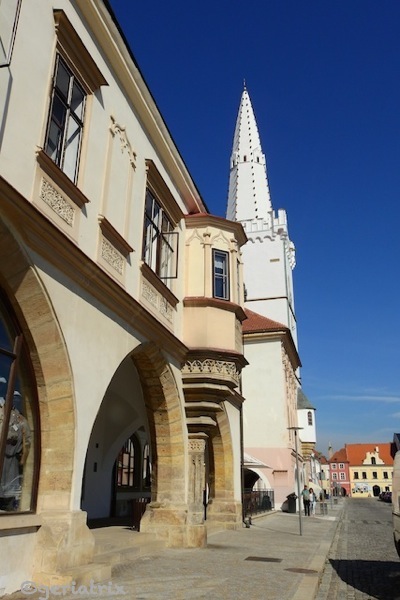 The large market square is lined with many folk houses and in the middle of it stands the large plague column. 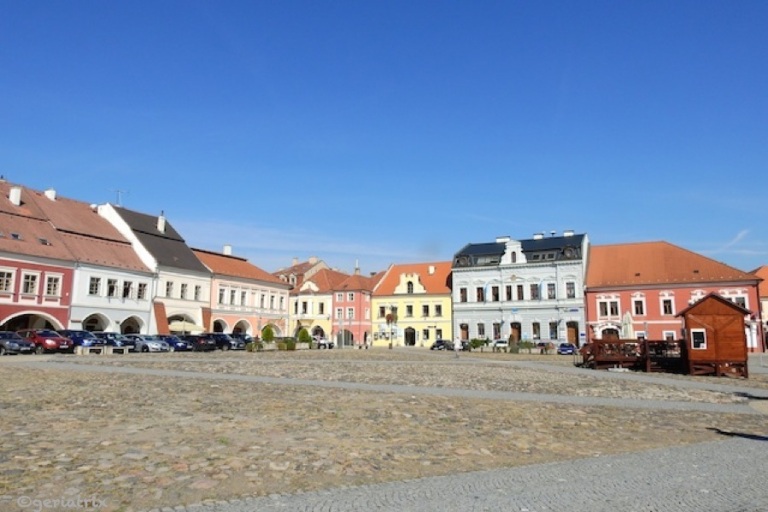 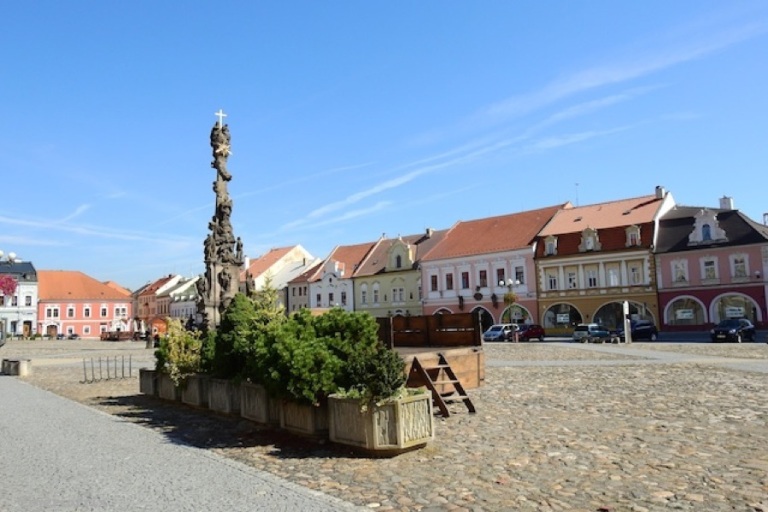 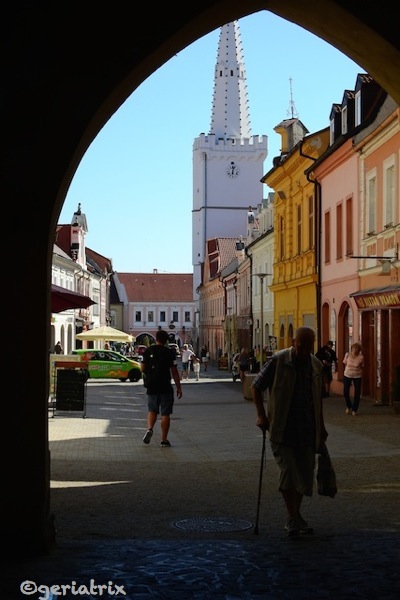 Opposite the town hall is the narrow entrance to Henkersgasse. A sign indicates that you should not enter with a body width of more than 66.1cm better. 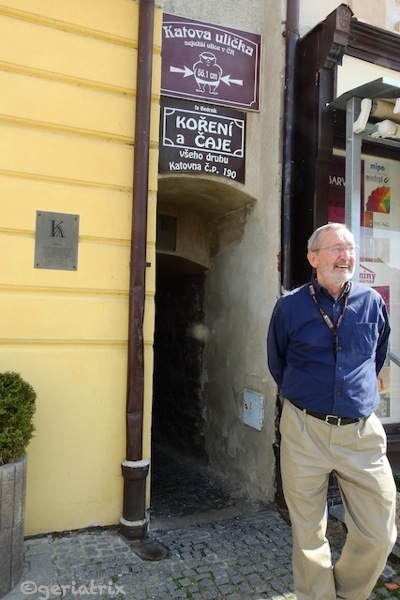 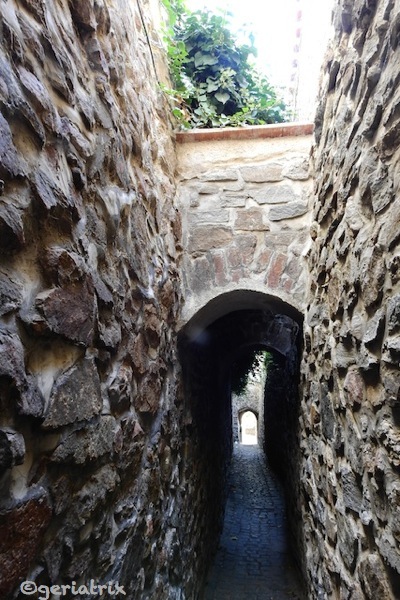 One thought on “In the Bohemian Erzgebirge”