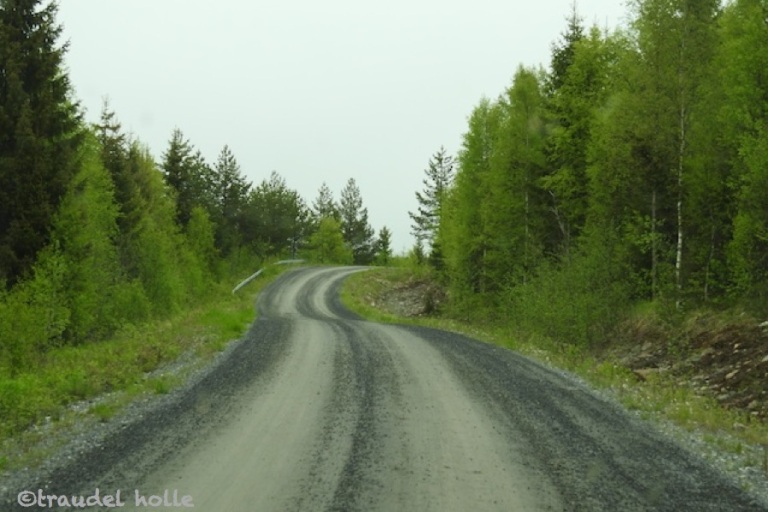 Umea is the Swedish city of birches, but for another reason as in the Finnish city: after the great fire of 1888, it was hoped by the reconstruction, that the deciduous trees would limit the sparks that were responsible for the spreading of the fire. 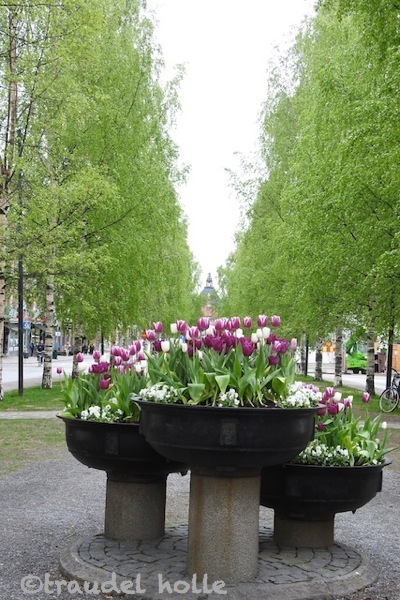 The town hall square is being renovated. It looks it gets a floor heating system. 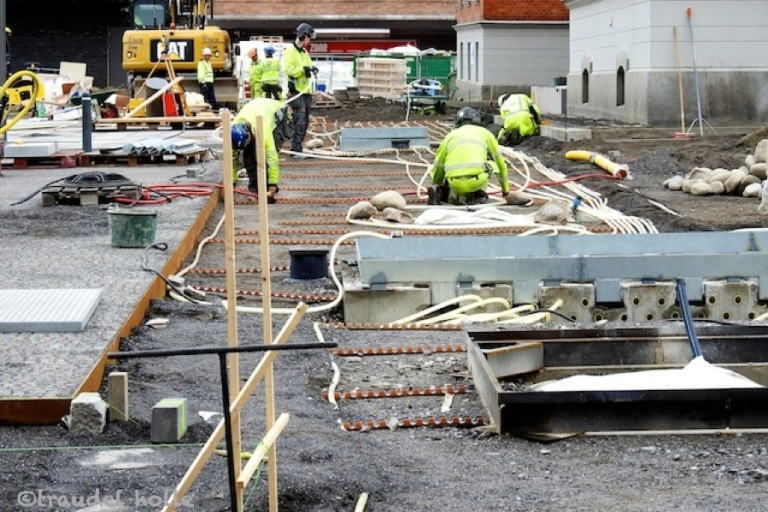 Whenever we leave the E4 direction coast to see something other than forest, we end up in the industrial zone. In this case, it also stinks terribly. 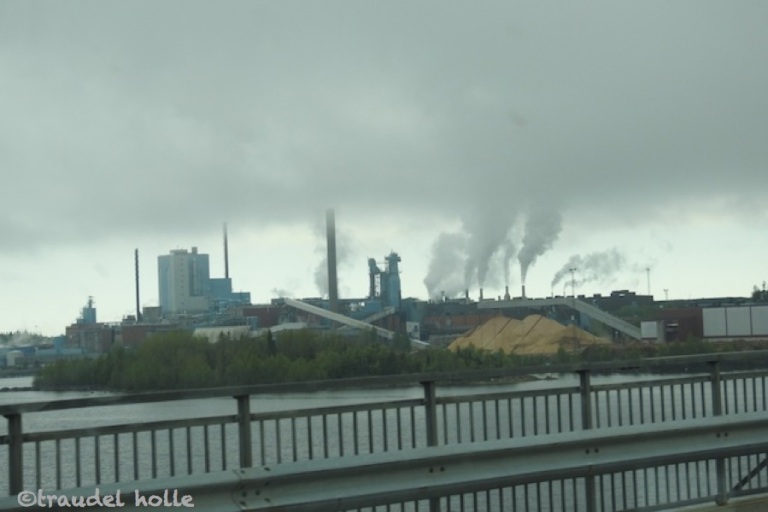 So it’s quite late when we stop for the night. Fog spreads over the bay and the small harbor and the temperature drops. 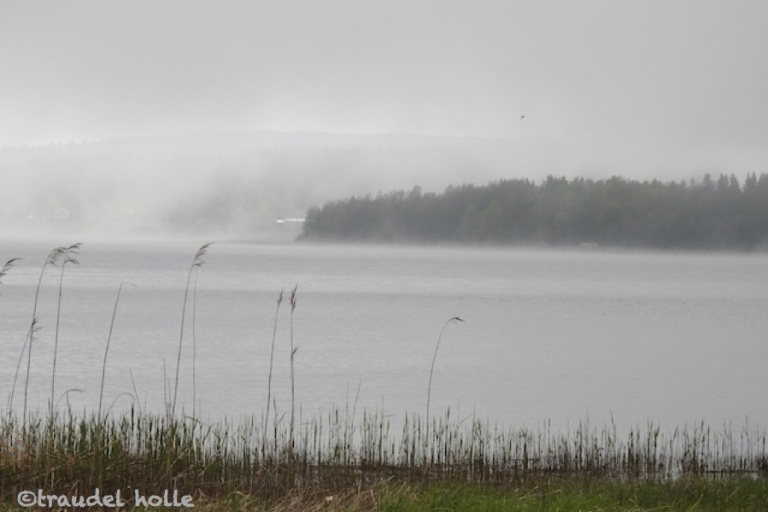 Also in the morning, it is still very foggy. This is a pity because now we reach the “Höga Kusten”. The country is very hilly and really “alpine”. 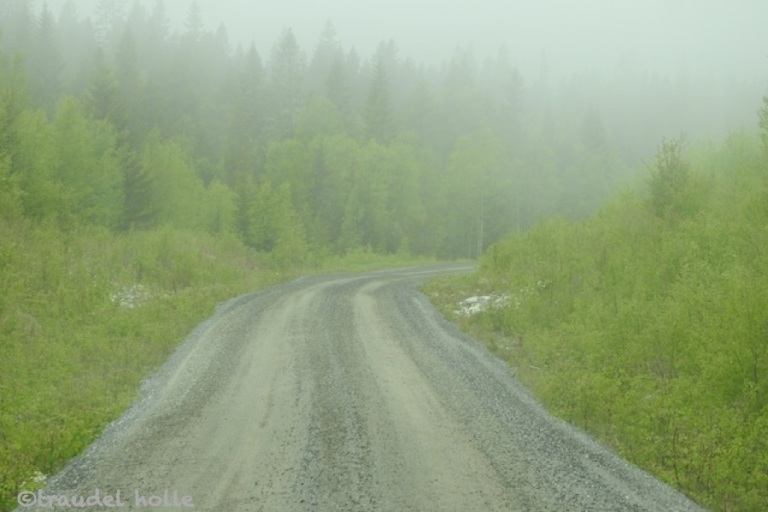 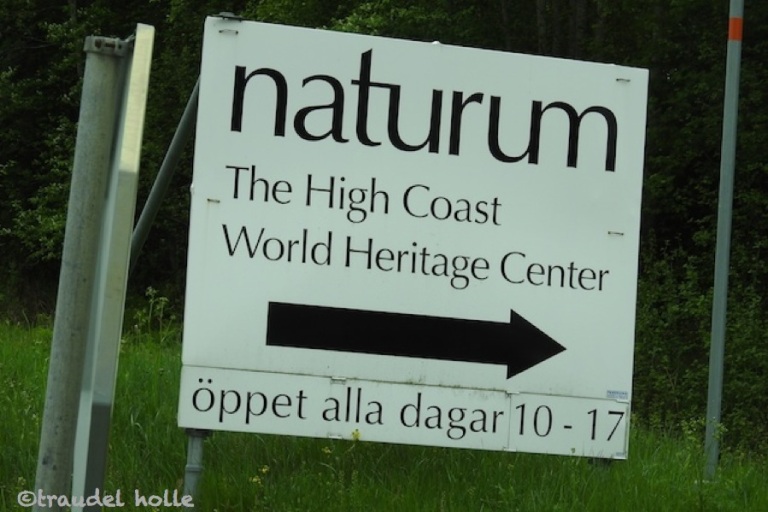 In the tiny ski area, there are even three (!!!) ski lifts and two snow cannons !. In fine weather, you might be  able to go up, but right now it all seems quite abandoned.

The next sign leads to Kramfors, we have to go there and eat a piece of cake in a pastry shop.

After it rains in cats and dogs and the only thing you can do is kilometers on the road.

The next day it is a bit kinder and warmer, also the landscape is a bit more varied. In Gävle we have lunch, then we leave the E4 and continue along the coast. It is archipelago and holiday area. The small harbor of Herränge offers a nice campsite above the harbor.

Today we have something special for dinner: not from Norway or Sweden, no – from Canada and LIDL.

One thought on “The E4 Southwards”