Riga is the capital and center of Latvia, as well as the largest city in the Baltic. 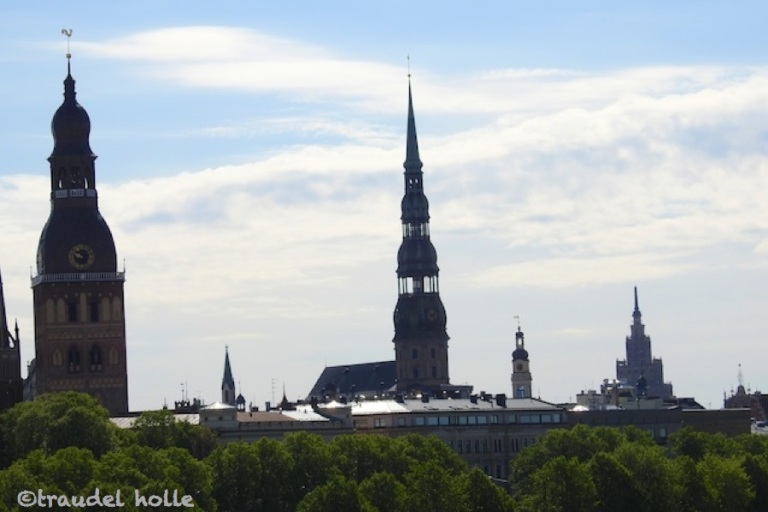 This is noticed by the traffic and the masses of tourists. It is almost impossible to cross the major roads. The underpasses are made only for pedestrians, that is, with stairs. Also, the ubiquitous cobblestone plaster makes it not easier for us cyclists. It is true that the old town center is closed to the general car traffic, but obviously, everyone has an exemption. We manage to reach the town hall square.

In the middle of the square stands a Roland figure. The Roland is the statue of a knight with sword and is regarded as a symbol of urban rights and freedom. 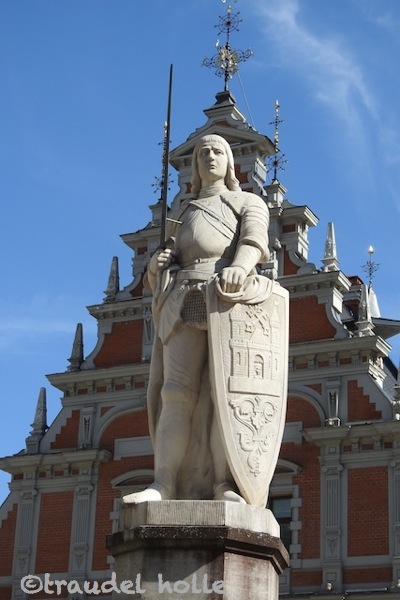 Here is also the “Schwarzhäupterhaus” the attraction in the cityscape of Riga. The “blackheads” are unmarried merchants from other cities, who met here and found accommodation. They must have been a conspiratorial and enterprising circle, not only doing good business but celebrating happy and often feastful festivals.

Bremen is the twin cíty of Riga and is represented by the “Bremer Stadtmusikanten”. 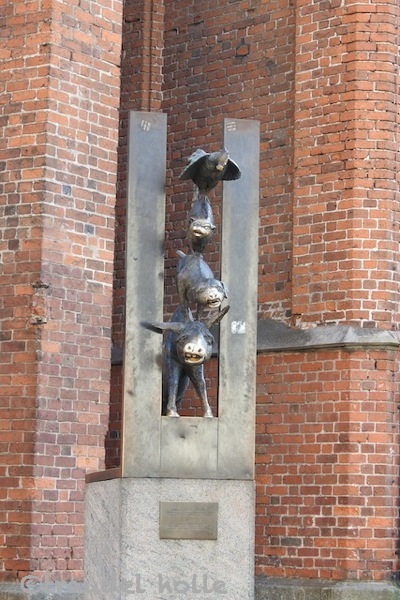 In order to see the huge brick cathedral from the inside entrance is required. I do not like this in principle. 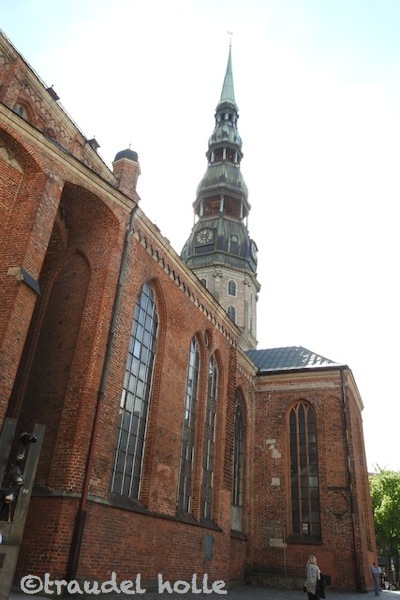 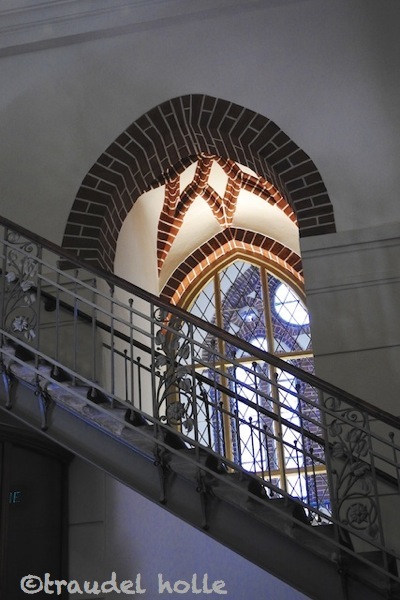 The woman figure called “Milda”, on the Statue of Liberty of Riga, holds up her three children in the form of three golden stars. It is by no means the symbolic representation of the three Baltic States, but the three Latvian regions of Kurzeme, Lettgalle, and Vidzeme.

It is icy cold. We secure our bicycles and make a round tour with the tourist train. So we get an impression of the city and can quickly get back to the camper to warm us up. 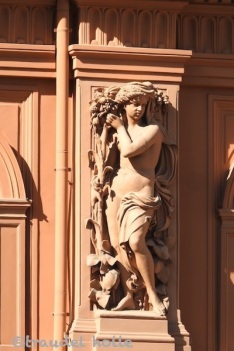 The old city of the Hanseatic League is famous for its art nouveau houses, but they are located in a different district. The next morning we are only glad to get out of the city and its traffic.

2 thoughts on “The Largest Baltic City”