The narrow strip of the Curonian  Spit belongs half to Lithuania and half to Russia. Land connection has the spit only at its southern end and that lies in Russia. At its northern end, the harbor is open to the Baltic Sea, the ferry brings us across the approximately 600m wide opening.

The narrow strip of land is a national park on both the Russian and the Lithuanian side. About a quarter of the spit is covered with sand dunes, the rest consists of pines and birch forests. Between the 14th and 18th centuries, the forests along the Baltic Sea were cleared with no thought, building materials for the trade and war fleets were needed. The vast dunes began to wander. The sand masses buried paths, fields and several villages. Only the reforestation stopped the sand. Today, the dunes are more at risk, one can only  enter the dunes via wooden paths. The forest is also protected, it is strictly forbidden to leave the paths or bike tracks anywhere.

Shortly before the border there is a campsite in the forest. From there you can climb the highest dune and look to Russia. 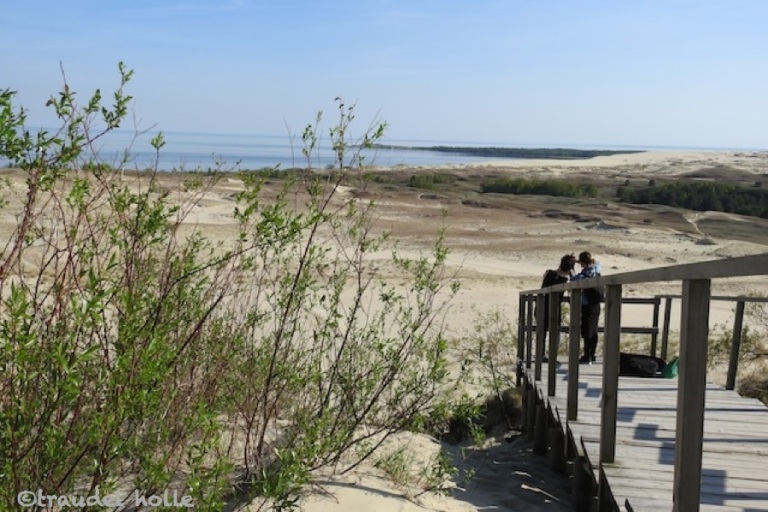 On top of the dune there is a huge sundial. 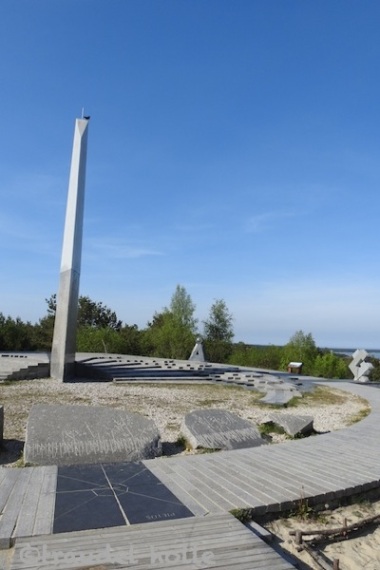 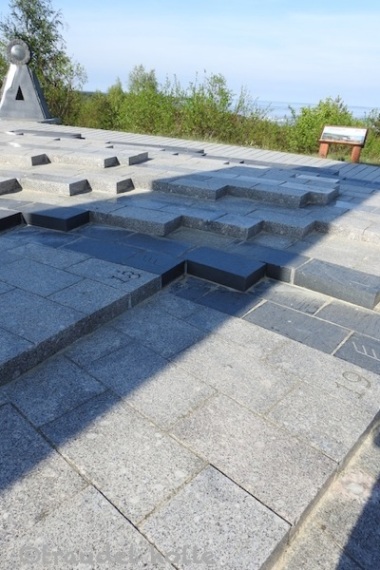 The village of Nida is located at the foot of the dune. Small colorful houses cluster around the harbor. 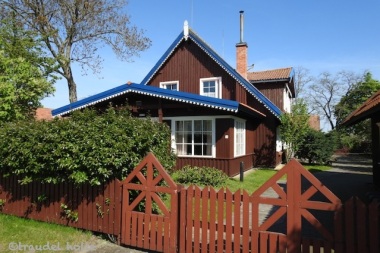 Nearly every house has a sign “Zuvis”, here smoked fish is sold.

Each Curic sailboat used to wear a colorful weather banner on its mast for identification and decoration. Everywhere in the village you can see these old weather banners turn in the wind.

The famous writer Thomas Mann liked it so much here that he had a summer house built. When he emigrated, the house fell to Hermann Göring, who used it as a hunting lodge. After the war the house collapsed. Later, the decayed building was faithfully restored. 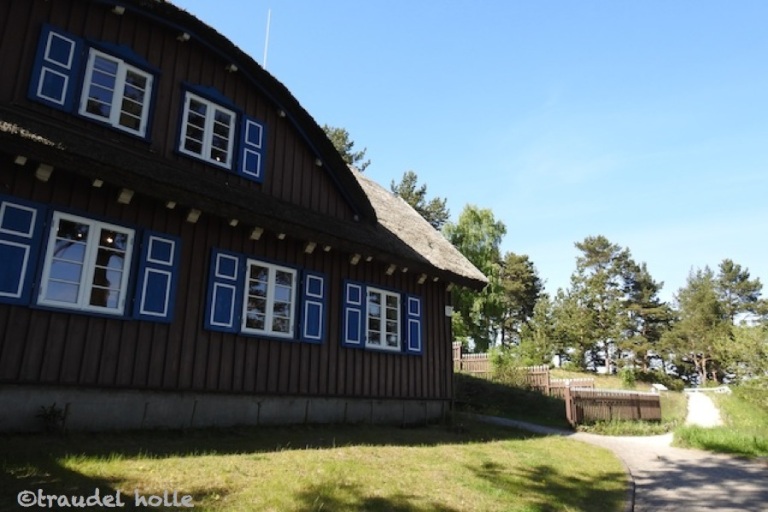 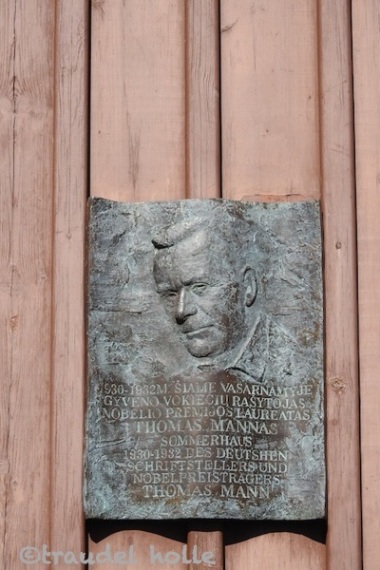 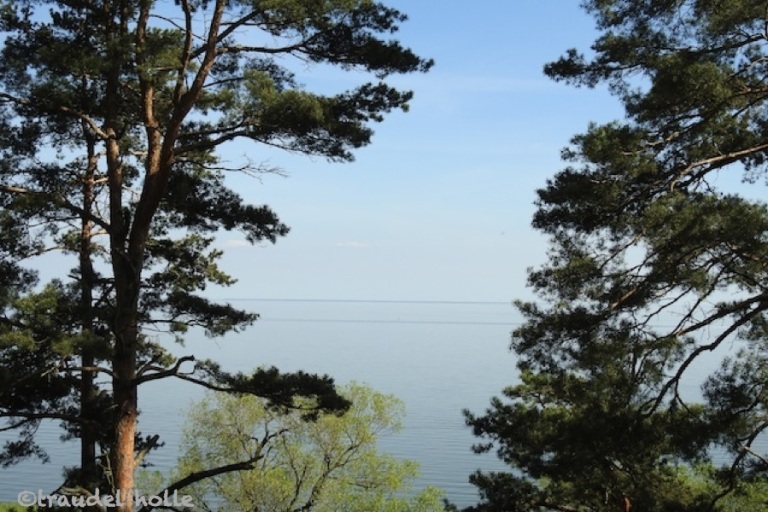 Baltic amber, the gold of the Baltic Sea. In the amber museum we learn everything you need to know about it.