Now we follow the arch of the River Nemunas (Memel), which from this point forms the border to the Russian region around Kaliningrad. This part of the country (Memelland), belonged to East Prussia before the First World War. Since 1923 it belongs to Lithuania.

It is not easy to find the viewpoint from which one can see the river and the opposite bank to Russia. But who can read these signs? 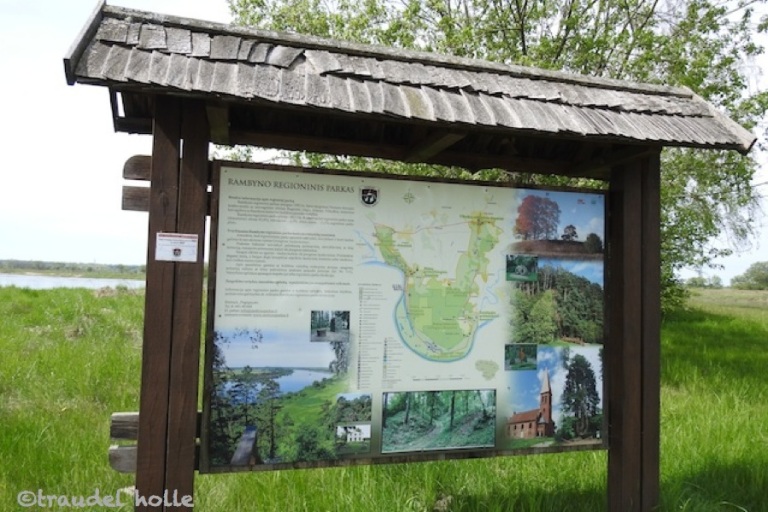 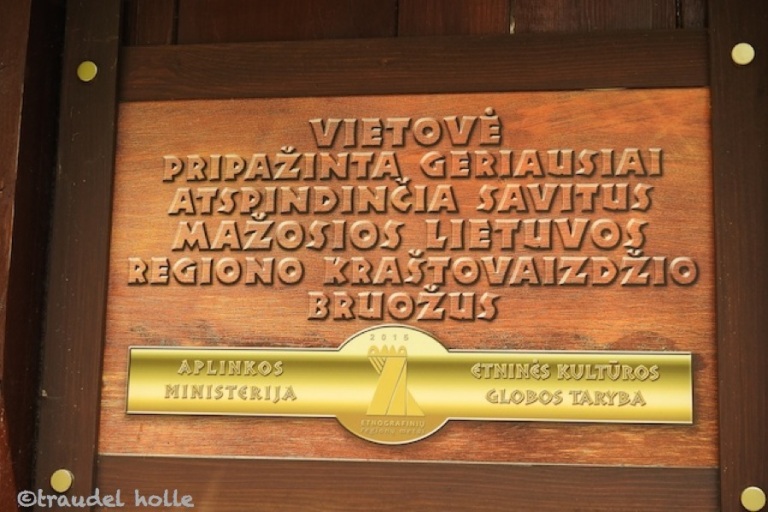 The river forms the border with Russia. A little further a bridge leads to Sovetsk, the former Tilsit. Who knows that the famous Tilsit cheese originates here? Shortly before the border we turn round, we do not want to go to Russia and we do not have a visa. 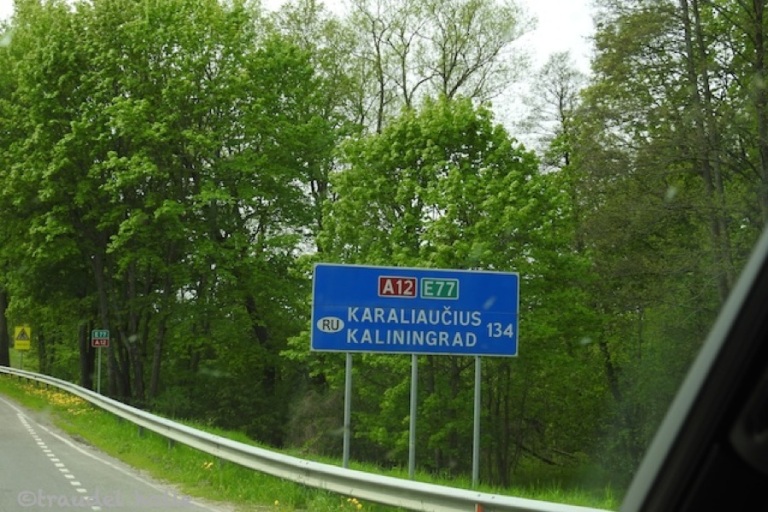 At Silute, the Nemunas flows into the lagoon and forms a branching delta, which is a nature reserve and protected. The lighthouse is no longer in operation. There is a small port. It is not easy to communicate, but in the end, we can stay for the night.

The delta is a paradise for birds. There are cormorants flying over us all the time. Swallows whirl around like it used to be were we live.

Can a bird-friend tell me what I caught here?

The old pump house of the polder area. 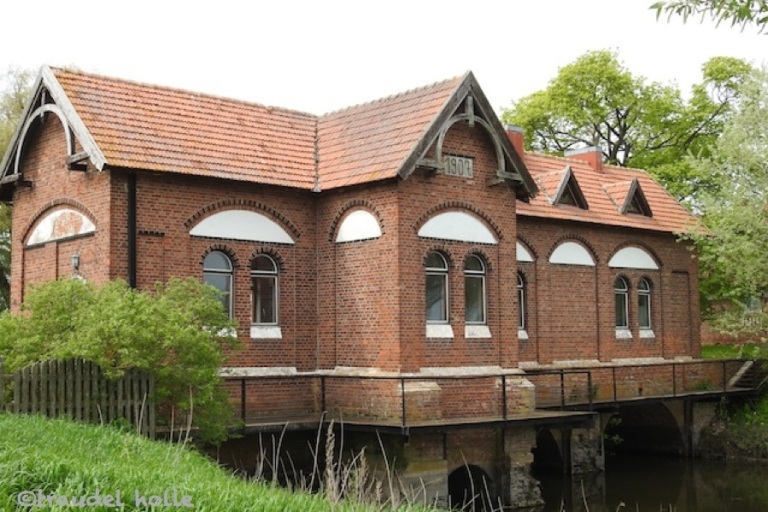 To round the peninsula, we have to drive on gravel and are once again thoroughly shaken, not to mention the dust.

In Rusne there are houses of all colors. Each gable is decorated differently. 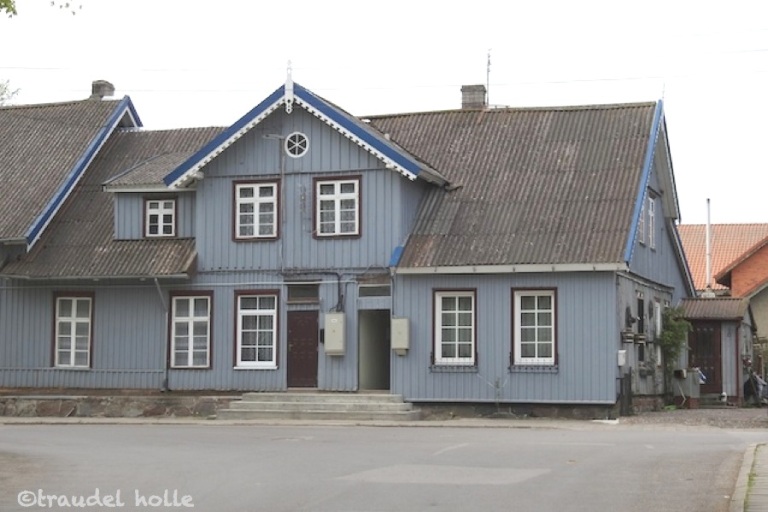 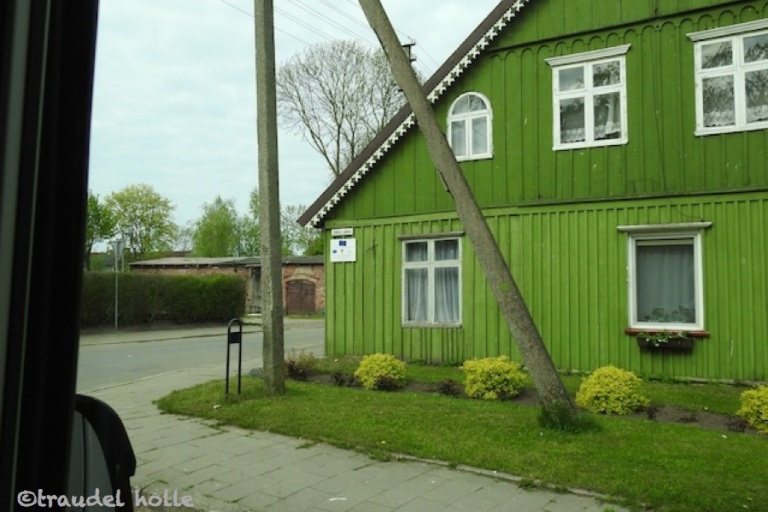 On the side wall of the church, I find an inscription in German as well as the associated tombstones. 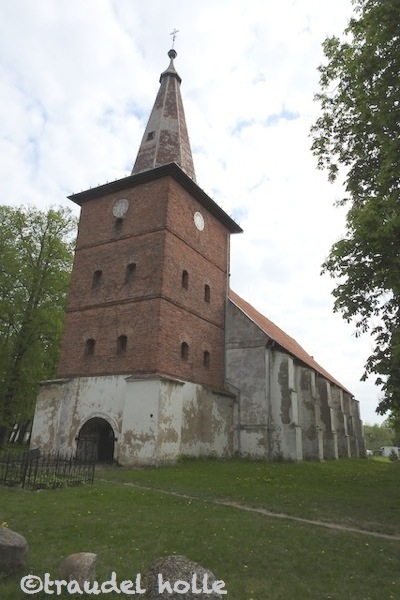 9 thoughts on “Along the Russian Border”