Hoek van Holland is the gate to Rotterdam. Here the river Rhein flows into the Northsea. 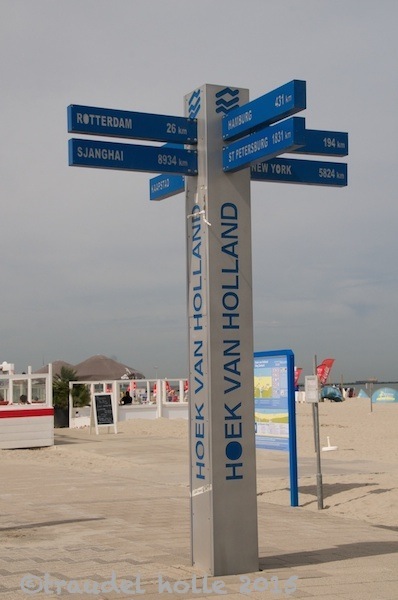 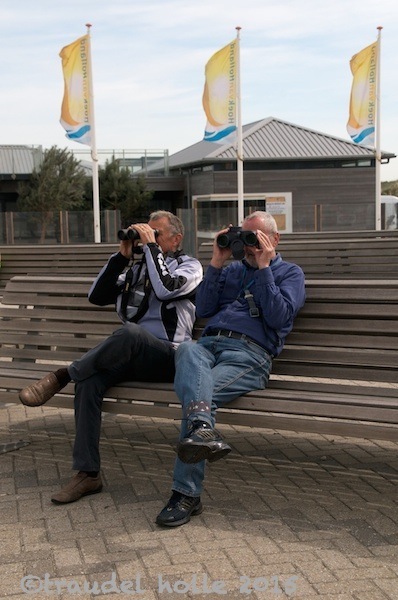 On the other  side of the river is the Europoort, the worldwide largest harbor for Petrochemie. 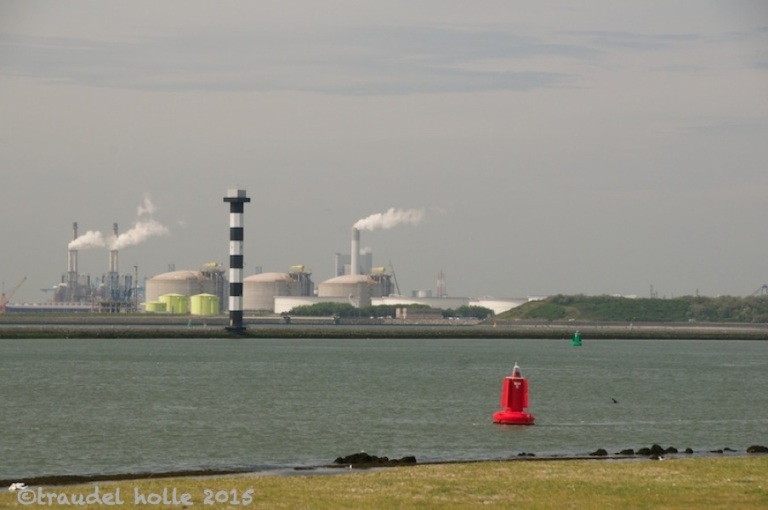 Once again we come upon bunkers of the Atlantik Wall. In one is even a small pub. 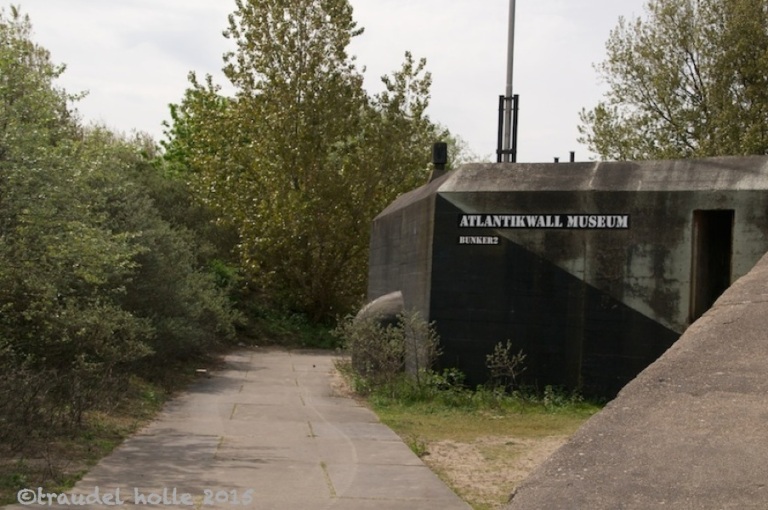 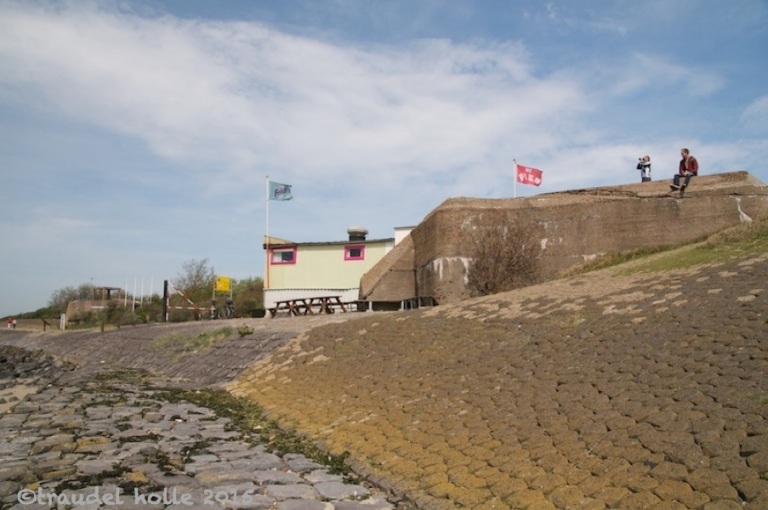 Hoek van Holland was and still is one of the most important ferry harbors from the European mainland to Greatbritain.

Between 1938 and the start of the war in 1939 10 000 Jewish children were allowed to escape the NS prosecution to England without their parents. Most of them crossed the channel at Hoek van Holland to Harwich. This sculpture is dedicated to the people of the Netherlands and Great Britain who saved these children. 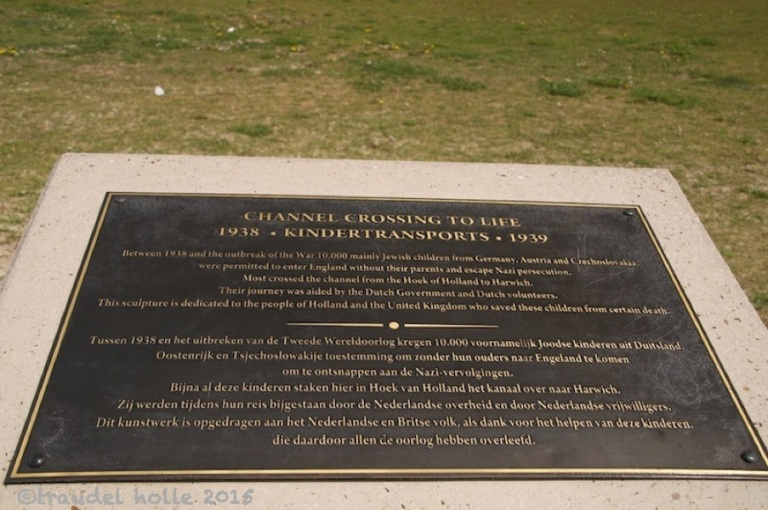 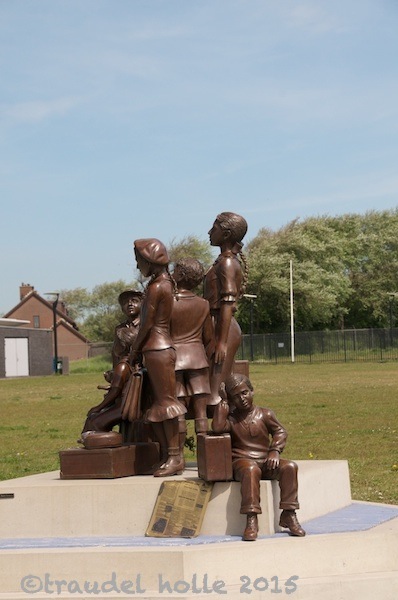 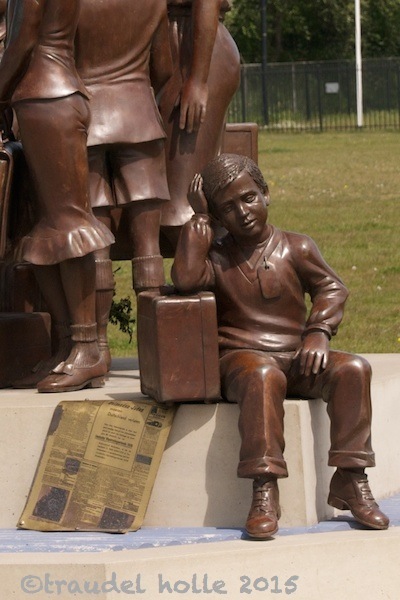 Also part of the project of the Deltaplan is the Maeslant Storm Surge Barrier which saves Rotterdam of the power of the sea. This gigantic construction is built with huge moveable arms. Because they rest on land the shipping traffic to Rotterdam is not disturbed. The entire constuction consists of three times as much steal than the Eiffel Tower of Paris. During normal water level the doors are in dry-docks on both sides of the „Nieuwe Waterweg“. When needed because of a storm surge the docks are flooded and the doors closed. Each door is 22m high and 210m long. To close the doors takes 2 1/2 hours. 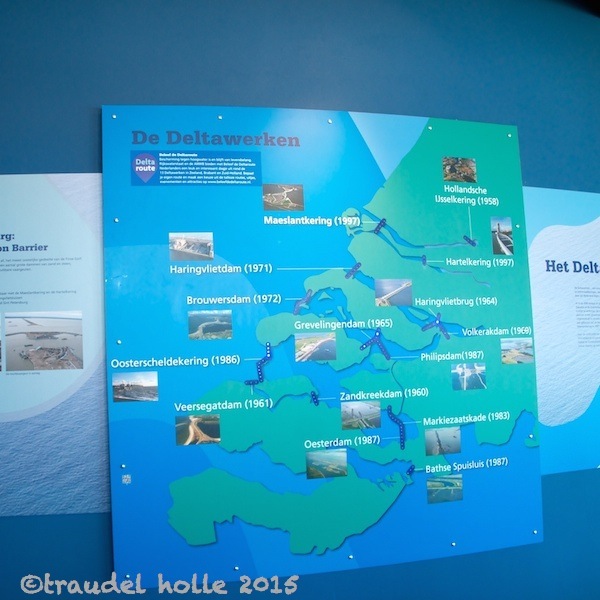 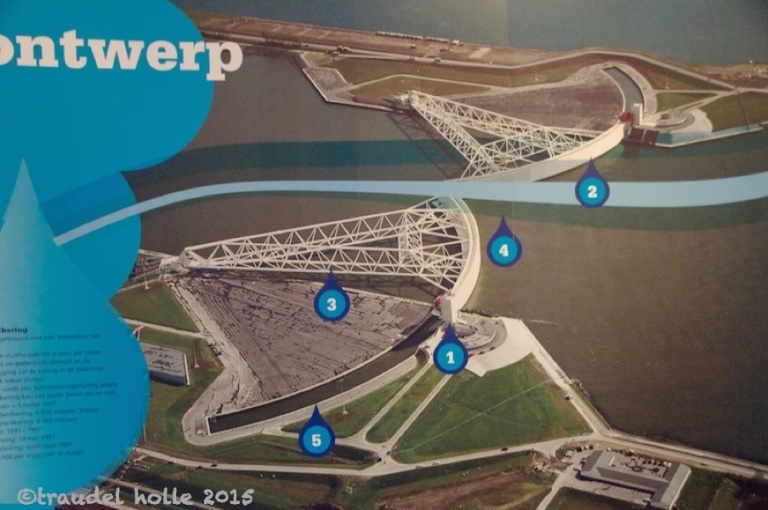 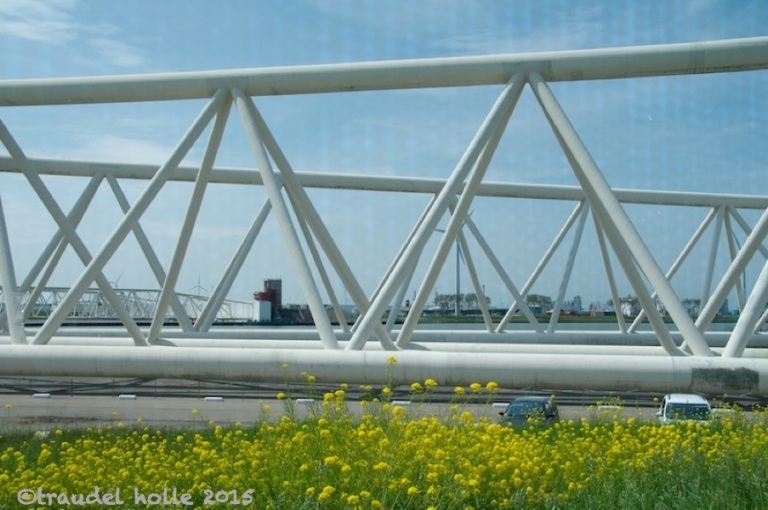