In Carbonera at the edge of the Nature Reserve is market day. We fill our supplies with fresh fruit and veggies for muss less than we would have to pay in Germany. 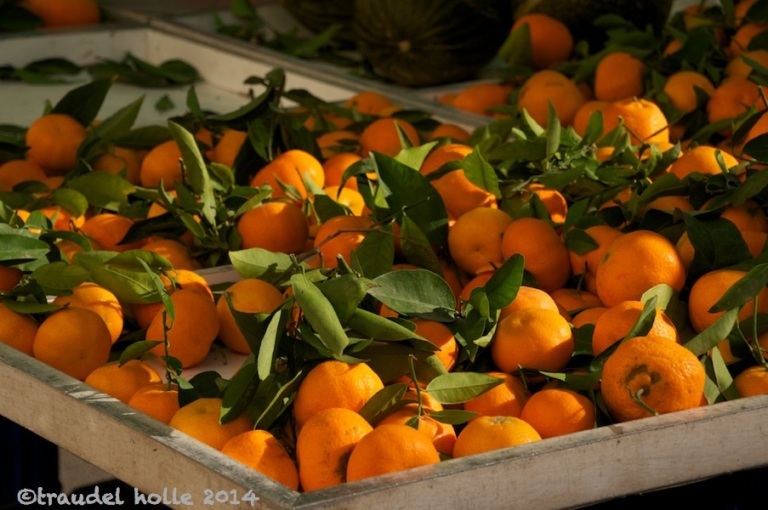 After we have coffee at the market place and some tapas. And as a treat we can use the internet because our mobile router doesn’t like the Spanish sim card 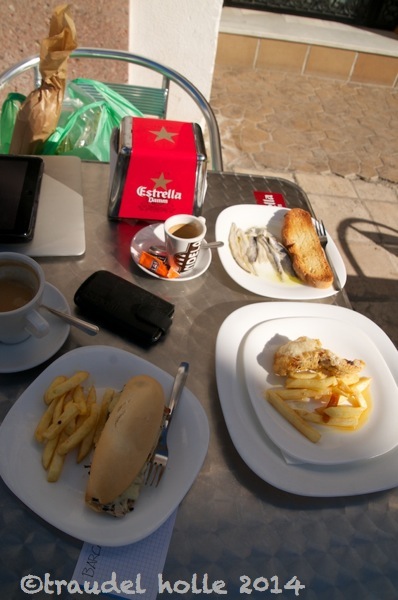 Each village and city in Spain has a créche. 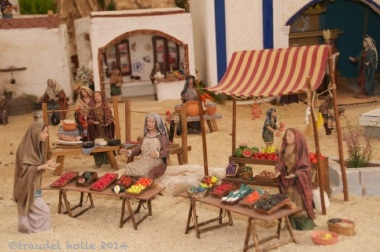 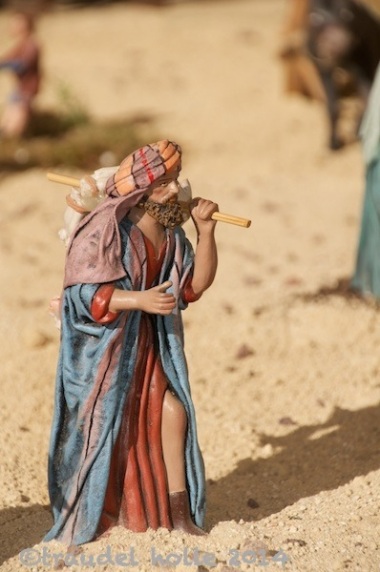 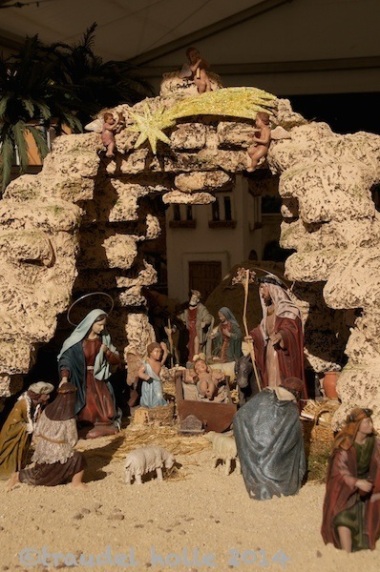 In Carbonera they have even two but not as big.

One of the last paradise at the Spanish mediterranean coast is the Parque Natural Cabo da Gata – Nijar. Beautiful beaches and steep cliffs, desert like inland and tiny villages at the coast. 1987 the area has been declared as Natural Parque – just in time to protect it. Unfortunately there are still a lot of Urbanisations and greenhouses. 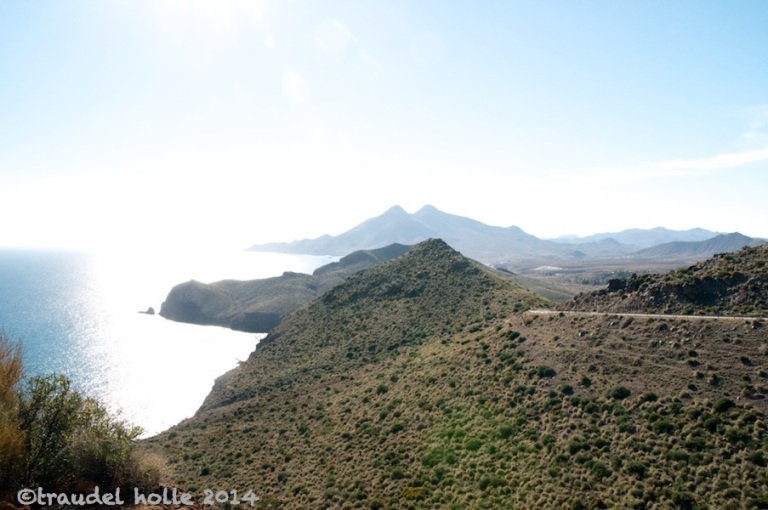 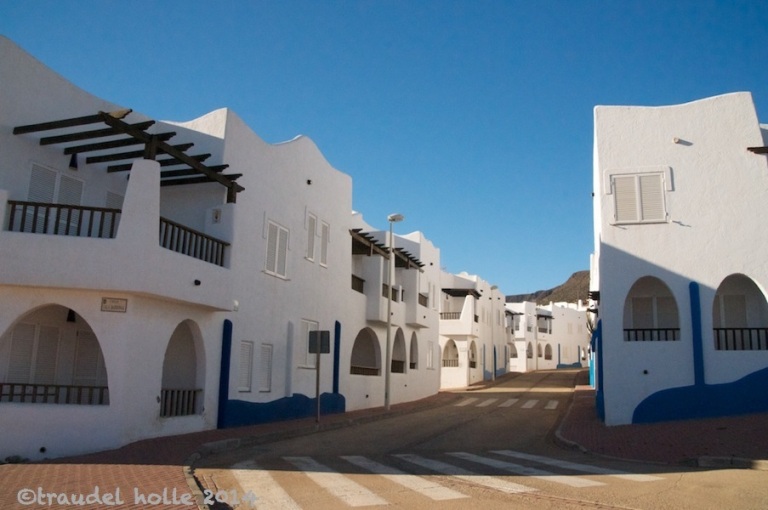 The road to the lighthouse on the cape is extremely small. Luckily there is not much traffic at this time of the year.

On many houses here you can find the „Indalo“, a petroglyph found in a close by cave. Over the time this „stick figure“ became the emblem for the entire province of Almeria. In ancient days people put this symbol on the wall of their houses to protect it from storms and the evil eye.

Above us in La Isleta is a gorgeous starry sky.