The campsite lies outside of Angers but the 6 km bike track to the center leads along a lake. 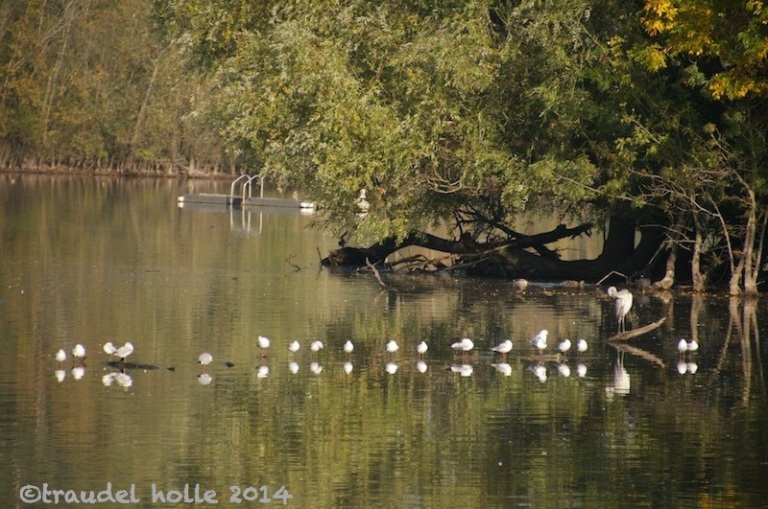 The huge fortress built of slate and tuff dominates the city.

The cathedral is also enormous.

The five-storey timber house “Maison d’Adam” falls immediately into view. It is the most beautiful of the 46 timber houses of the inner city. 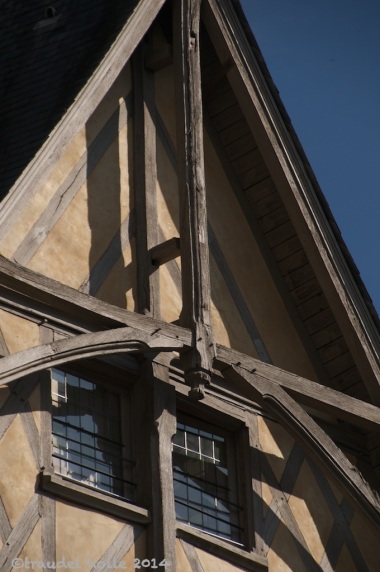 By the fancy wood figures Adam and Eve are missing, they have been removed because of their explicit nudity.

The 54m high “Tour Saint-Aubin is the clock tower which belonged to the Abbey-St-Aubin. It was also part of the town fortification. 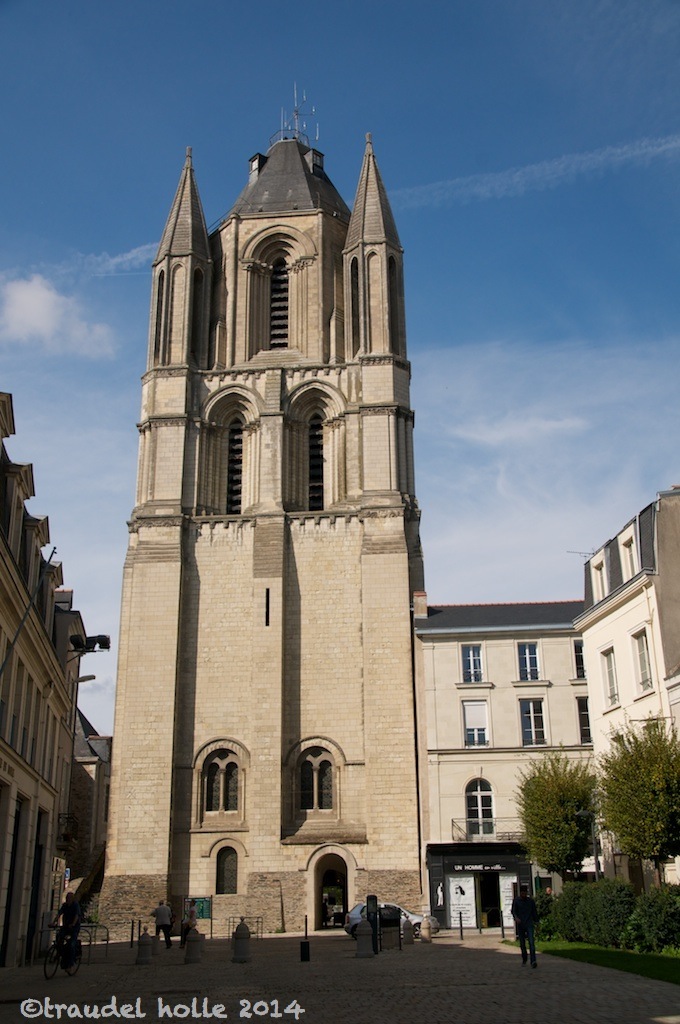 Galerie David d’Angers: The roof of former church of the Augustinian Abbey was replaced by a glas construction in 1984. The old nave became a  modern museum.

Across the old Verdun Bridge lies the suburban Doutre, 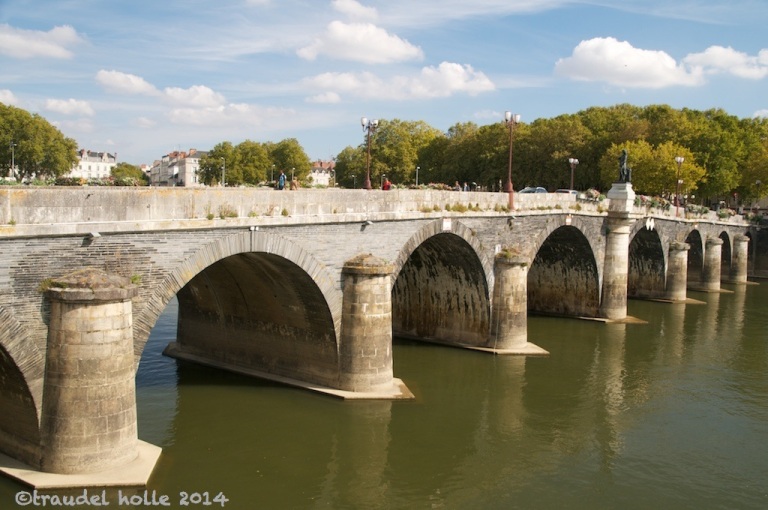 It is also an very old part of the city with many timbered houses.